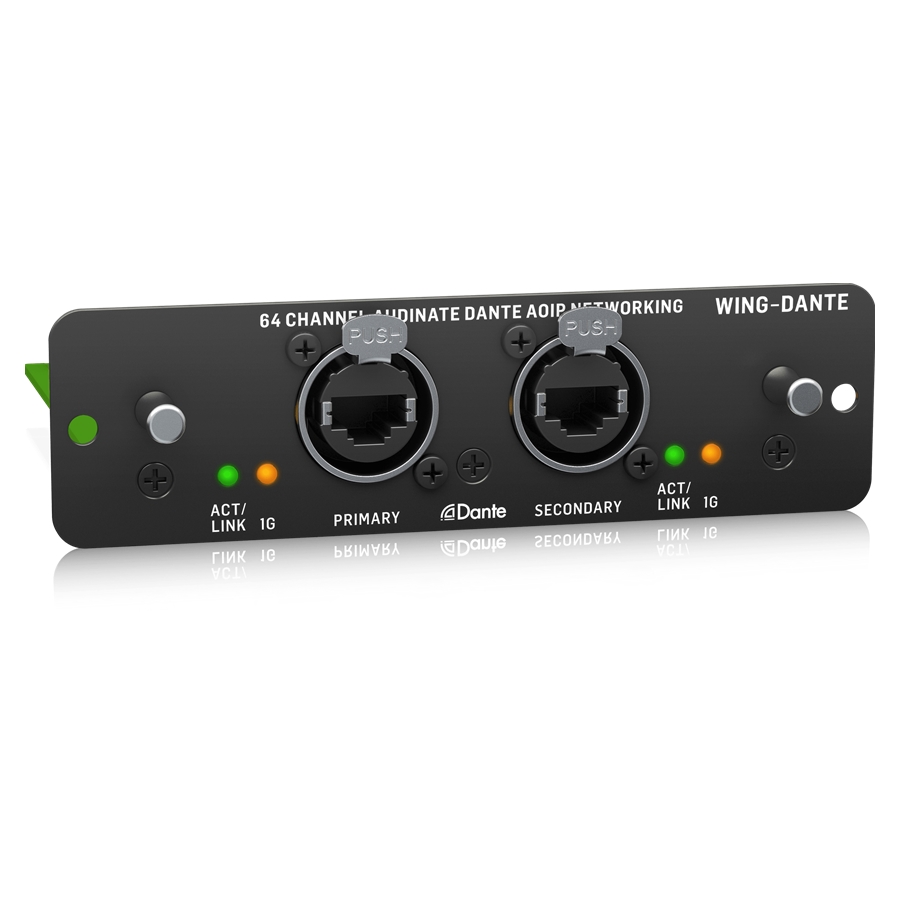 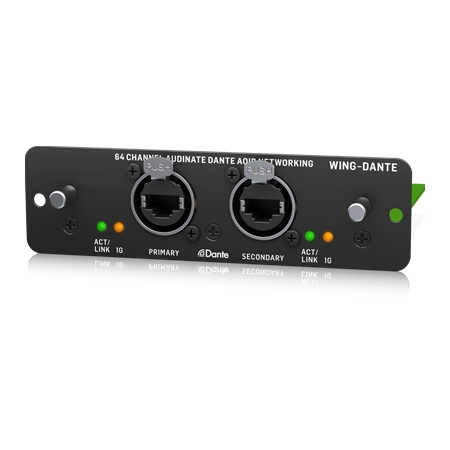 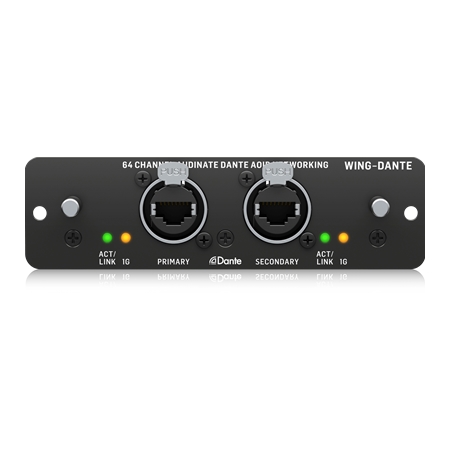 
WING-DANTE
The 64-channel 48 kHz bi-directional audio interface brings even more I/O options to the WING by making it ready for integration with Dante enabled IP networks. Dante is a proprietary AoIP solution from Audinate, which also complies with the AES67 standard for improved interoperability. It uses either standard 100Mbit/s or Gigabit Network infrastructure with DSCP-based QoS, with support for mixed sample and bit rates coexisting on the same network. The WING-DANTE card utilizes 24-bit signal transmission with sample-accurate synchronization and low latency, ensuring the highest audio integrity. Its secondary input allows you to set up a seamless, redundant network access.

Easy Installation
The WING's expansion slot provides flexible and expandable connectivity for many different applications. The WING-DANTE Expansion Card can easily be installed in place of the WING-LIVE card that is pre-installed. Simply remove the outer two screws left and right and pull the card from the slot. By installing the WING-DANTE card your mixer will immediately speak Dante and interface with any Dante network infrastructure.

Total Control
When the WING-DANTE card is connected to a network or personal computer, Audinate's Dante Controller application gives you full control over configuration and signal routing among all your Dante-enabled devices in that network. Also, replacing your WING-LIVE card doesn't mean you have to give up the live recording option. Simply add the Dante Virtual Soundcard driver to your PC or Mac to enable Ethernet-based recording and playback from your favorite DAW or application from anywhere in the Dante network.