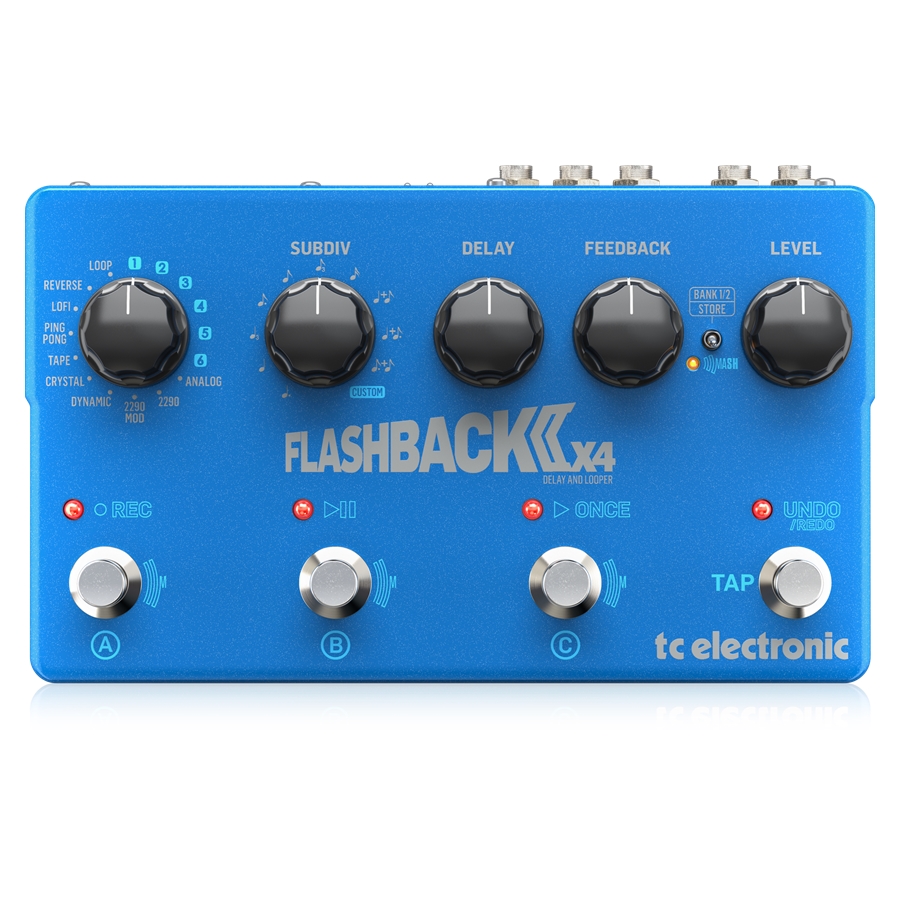 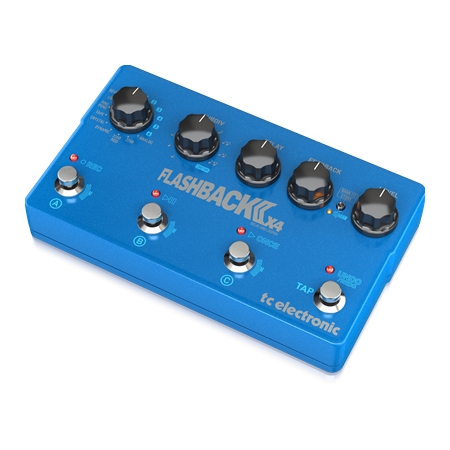 
FLASHBACK 2 X4 DELAY
Awesome delays are part of our DNA here at TC Electronic. It’s something we take very seriously. So, when it comes to making flagship delay pedals, you know we’re swinging for the fences. With the power of 4 FLASHBACK 2’s and an expanded interface that offers 3 MASH switches, tap tempo, 6 slots for storing artist or custom TonePrints in 2 banks with 3 presets each, FLASHBACK 2 X4 is our most powerful delay machine ever.

Open Delay Buffet
FLASHBACK 2 X4 features a colorful palette of studio-grade delays, including the all-new and improved Analog and Tape delay algorithms, which set a new standard in realism. Our hauntingly, lush Crystal algorithm, developed around our proprietary polyphonic octave algorithm from our lauded SUB ‘N’ UP Octaver, creates an other-worldly shimmer that is as inspiring – as it is spine-tingling! Plus, we’ve added a brand-new dual delay algorithm with two individual engines for intertwining 2 echo lines at the same time – for epic Gilmour-esque soundscapes. FLASHBACK 2 X4 is even backwards compatible, which means you can still use the original FLASHBACK presets you know and love.

Tapper’s Delight
When your creative juices are really flowing, and you’ve got gallons of hot adrenaline rushing through your fingertips, you need the ability to adjust your settings quickly and dynamically. FLASHBACK 2 X4’s dedicated tap tempo switch lets you stomp out any time signature you want for airtight echoes that right on the beat. There’s even a convenient global tempo mode that lets you sync up all of your delay presets in about 2 seconds. 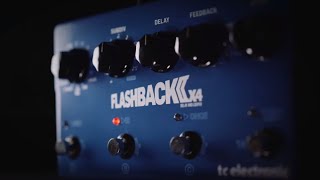 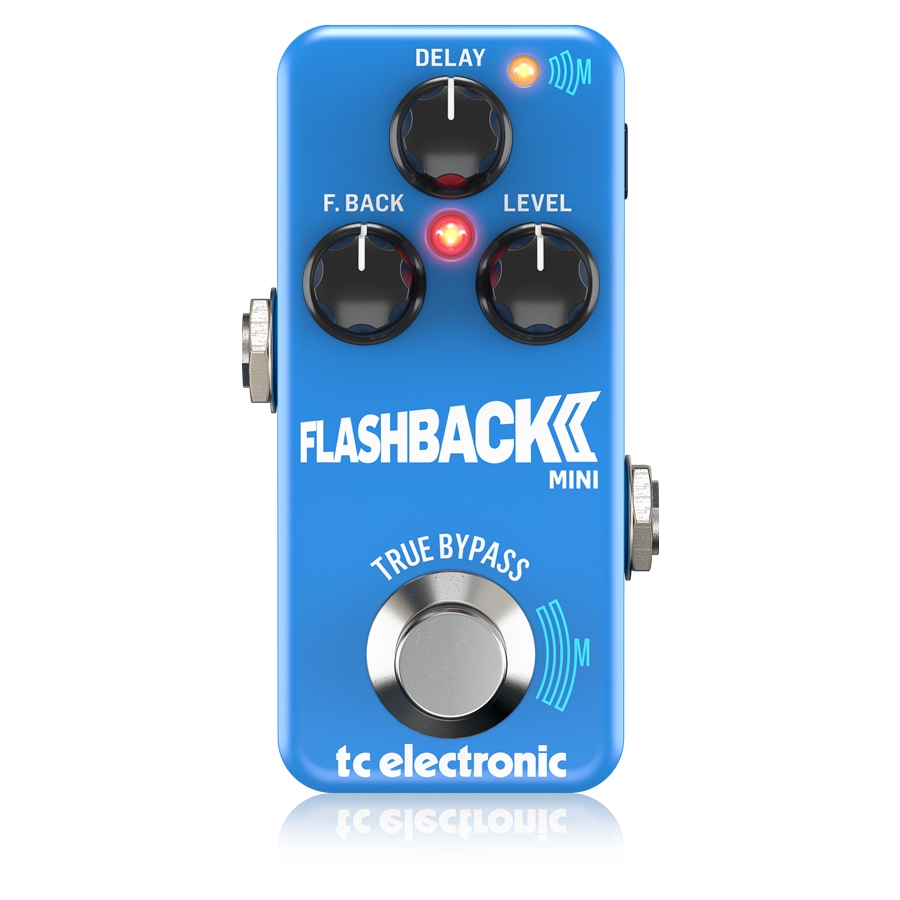 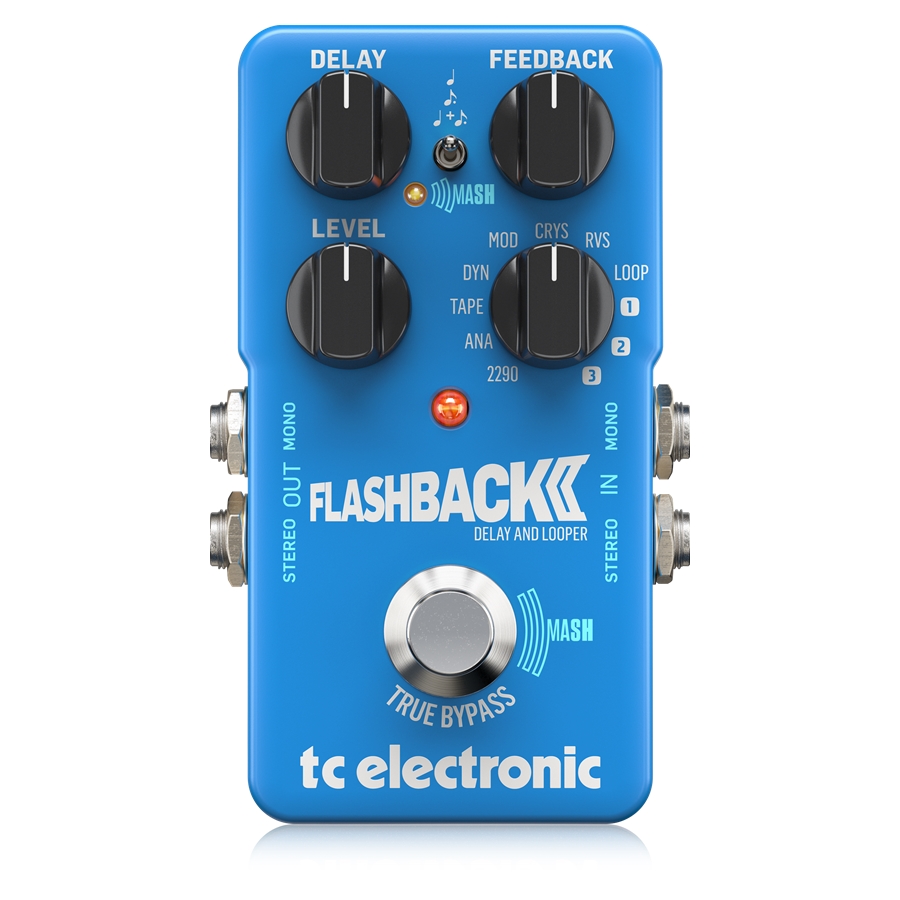 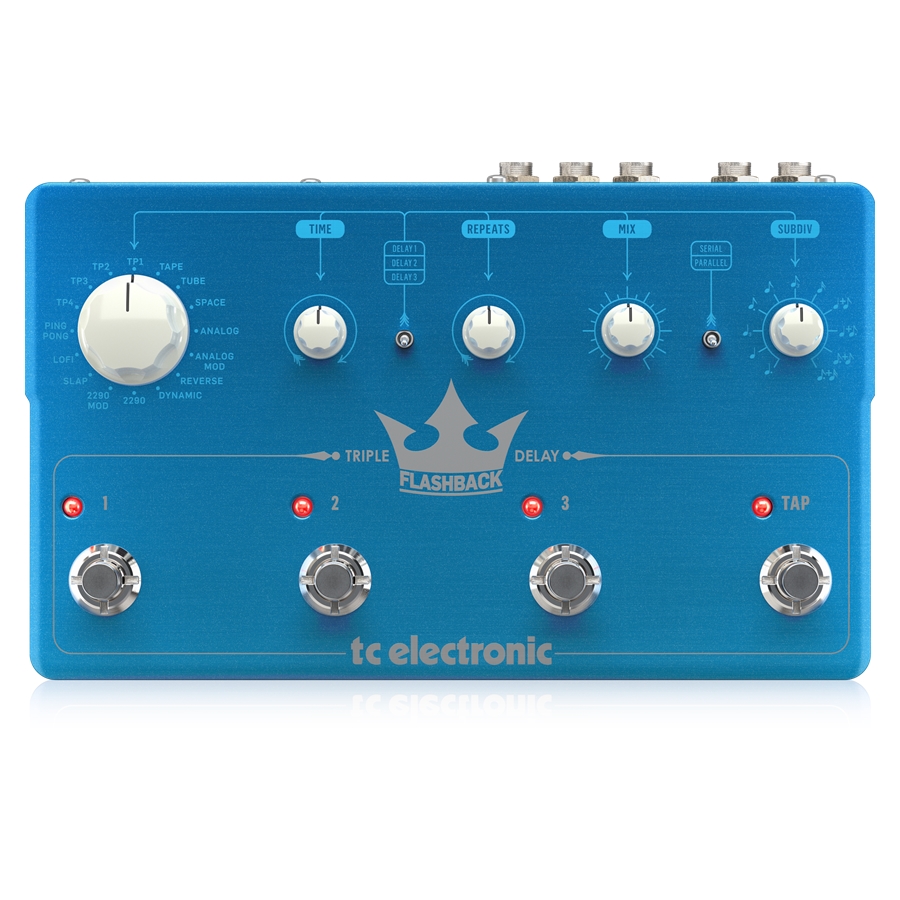